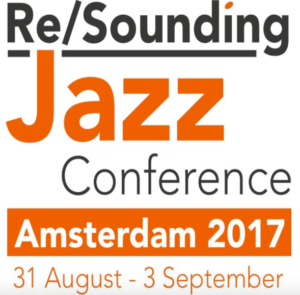 … The relationship between the festival and the city is really intimate. It can never be separate. It’s the Kongsberg Jazz Festival, not the Wherever Jazz Festival. Martin Revheim, Kongsberg, Norway director

Yet, writing about ‘urban spectacles’ and celebrations which include the jazz festival, the ‘paradox’ of the touristic festival is that, according to Kevin Fox Gotham, ‘whereas the appeal of local celebrations is the opportunity to see something different, celebrations that are designed to attract tourists seem more and more alike’.

Nicola MacLeod’s argument about the ‘placeless festival’, as she terms it, does warrant attention, particularly in a jazz music context. For MacLeod, the authentic space or significant situatedness of a festival location is actually often today displaced or dislocated, as a result of globalisation. In this critical reading, international festivals feel the same, are homogenised—‘placeless’. MacLeod even compares the touristic global festival to the airport lounge, its necessary other, in the sense that ‘festival formats may now be replicated in a series of international venues around the world’. Such a reading is a useful counter to more celebratory claims of festival, local space and community offered by many festival publicists, say.

Arguably such a critical view of the festival has further resonance in the context of jazz music, because jazz itself is sometimes accused of a homogenising worldliness, whereby either it all sounds kind of the same, or the same headline acts are seen across the continent’s international festivals in a single festival season. Catherine Tackley and Pete Martin are more polite than MacLeod, perhaps, but all three seem to point to the danger of (airport) lounge music:

concerns have been expressed about the consequences of presenting jazz on the festival platform…. It has been argued that this leads inexorably to a routinisation of performances and to musicians becoming risk-averse.

However, I do want to end on a rising note. The importance of the curatorial role of the festival director is articulated by British organiser Nod Knowles, drawing on his programming experience at Bath Festival, as a means precisely of creatively disrupting the lounge, of vitally re-sounding the festival. For Knowles,

a festival should be an opportunity to do things that don’t otherwise happen. It’s no good just presenting, like so many festivals do, your touring band ‘rent a festival—we’ve seen them, they’re on tour so they’re in the festival’. So the idea [is] to present what doesn’t happen.… [It’]s the discovery of things that you never knew about…. I really think that a festival is no good if it’s just a bunch of gigs that you could have heard anywhere.

So, after 60 or 70 years what more is there to this thing we call the jazz festival? Beyond its role in tourism, urban regeneration, economic impact, social inclusion agendas, repetition year on year? Surely there is more, or why do we still go, why do we remain interested, hopeful?

We can do worse than reflect on the wise words of Dr Martin Luther King Jr., from his opening address to the 1964 Berlin Jazz Festival, addressing European festival-goers and drawing on civil rights to present an understanding both of jazz music and, more importantly for us I think, of the special gathering of the jazz festival itself. ‘Jazz,’ King told the Berlin festival crowd in 1964,

speaks of life. The Blues tell the story of life’s difficulties,… [and m]odern jazz has continued this tradition, singing the songs of a more complicated urban existence…. And now, Jazz is exported to the world…. Everybody has the Blues. Everybody longs for meaning. Everybody needs to love and be loved. Everybody needs to clap hands and be happy.… In music, especially this broad category called Jazz, there is a stepping stone towards all of these.

We talked in the Call For Papers for this Re/Sounding Jazz conference about wanting to ‘celebrate’ jazz, we hoped for papers that could be ‘celebratory’. ‘What are the achievements—the resounding successes—of jazz?’ we asked. Could we say, in festival (or—carpe diem—on a sunny Sunday morning by the side of the Amstel), alongside escape or transcendence, cyclicity and cycling, the history of being the first and second lining, that we might just find or hope to find a little meaning … a little love… clap hands … be happy.