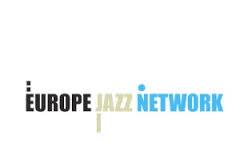 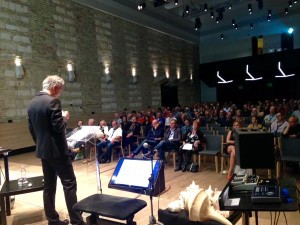 Following the session, I was left thinking about how the seashells performance and the comedy jazz buff demonstration also fed into the discussion about improvisation, space and design.  Although certainly not planned, the seashell performance, keynote talk, and buff routine provided different examples of the same process; how material objects play a performative role in everyday life and can be used and re-used according to changing needs and community interests.  Ultimately, we can understand how improvisatory acts like these can be thought of as a processeces that draw on, interact with, and adapt to a changing environment. They also encourage a sense of play and the loosening up of convention. Although my subsequent #JazzBuff Twitter posts were designed as a bit of fun for some conference delegates, they also invited people to play with objects, to use and reuse materials in the improvisatory spirit of the event.